You are here: Home / Uncategorized / 5 Questions To Ask Before You Hire A Voiceover Coach 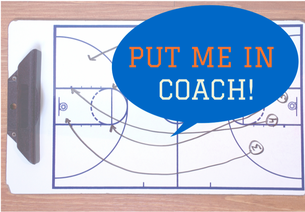 I played sports in high school.  And I say “played” loosely.  Mostly it was a chance to get great exercise and hang out with the guys.  I went to a very small school in Montana, so making the team wasn’t a huge task.  But it was my first taste of what “coaching” was all about.  Someone to push you, challenge you, and sometimes yell, with the only goal of winning…for both.Over the years studying voice over I’ve taken a lot of classes, attended seminars, and even a short stint with improv.   Only until recently did I actually seek out a “voice over coach”.  Someone who can work with me  one-on-one, and really focus their energy on my development.  Choosing a voice over coach is not something to be taken lightly.  It should be treated like a job interview, and you’re the hiring manager.  There are a lot of great coaches out there!  Resources like Backstage, One on One, or Actors Connection are great places to find some names.  Your job is to research, vet, and choose…wisely.  Start by asking yourself these questions:

Points 3 & 5 can be subjective and where you will fall into a pit of confusion and noise.  Regarding the 3rd point, do you know the answer to that question or are you guessing?  Meaning, do you think you need to learn how to deliver a more natural read or do you think just going to a coach will be enough to “get you there”?  Don’t be fooled.  Just having a coach doesn’t mean you’ll get to the next level.  Lay out what you hope to accomplish, be realistic, AND specific.Point 5 is widely subjective and it’s where you can throw money down the tube and gain nothing!  A few years ago a newbie voice talent came to me asking for a listen on his demo. I was still a full-time Creative Director, and he and I had met through a friend.  He was very excited to lay his freshly made demo on me,   since he paid a lot of money for it, had taken a series of classes and thought he was ready.  After listening to about 10 seconds of the demo, which was all I could stand, I sat back staring at a blank email wondering what to say back to him.  The demo was a train wreck.  Both in read style, script selection, and production.  Do I be honest about the demo or just say “good luck” and call it a day?  I decided to be honest and tell him; I didn’t think it showcased his best effort.  I gave him a few examples of where I thought it could go in a different direction and offered to listen again once it was re-produced.  He took it…uh…not well.  He didn’t understand after spending all that time and money how I could think it was so bad.  It turns out the “voice over coach” and “demo producer” he used was another voice talent.  Someone that really didn’t have his best interest at heart, but only had interest in being paid (A LOT I later found out), for his services.  This person was not a current or former casting director, producer, agent, or anyone who would be considered a “voice buyer”.  Someone who casts, produces, or works with talent daily are the ones that have the real insider info to help you along.  I know I could be whacking the hornets nest here, but my spidey sense tingles when I hear a voice talent go into demo production and coaching.  If they end up making more money from those services than being a true talent, their motivation is now skewed.  It’s basic sales.  If a service line generates higher revenue (coaching/demos) than another (being a talent), then wouldn’t they try and sell more of the higher revenue option?  Doesn’t mean their qualified.  Just means they offer it more often.Marktree Productions did a podcast last week on the VO Minute #109, about choosing a coach.  It hits home and is worth a listen.While I still take group classes and attend seminars, I do have a current personal voice over coach; Marla Kirban.  She was someone I sought out specifically.  She has never tried to sell me more classes or services, or even push me into getting a new demo done.  She kicks my ass and I’m grateful for it.  Her ineterest is simply; helping me do my best. She pushes me like a coach should, and if I book a job with her help; we both win.