You are here: Home / Uncategorized / Explaining the explainer video explanation. Let me explain. 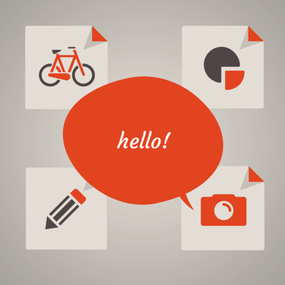 Here’s the situation, you want to tell potential clients all about your new cool product but want to be approachable and real. Oh and put it up on the interwebs so it can be social and stuff! Alright slow down there. You might miss a few keys steps to creating a specialized video that walks-n-talks while bathing your company in the best light. We are talkingExplainer Videos!The concept of an explainer video is not overly new, but the term is. Luckily for us, it’s pretty self-explanatory (I think that was a pun). An explainer video is designed to get your message out to a potential audience in the most effective way possible. You’ve seem them as whiteboard animations, motion graphic tutorials, video promos, or sometimes called talkie videos (I like that one).

Here are a few tips I like on creating a great explainer video:

As a voice actor on explainer videos, I have a unique perspective. I normally come in at the end, after all the storyboarding, script edits, and in-fighting has been done. I have a fresh take on the project and sometimes I like to give insight into what I’m seeing. It helps me connect with the read. Remember as a voice actor, you are still the audience of an explainer video. You may not be buying payroll software, but it will be out in the websphere for everyone (including you) to see. And if it’s a cool video, you’ll connect…even if payroll is not your thing.

A FEW EXPLAINER VIDEOS I LIKE…BECAUSE I’M BIAS AND DOING A SHAMELESS PLUG:

Not all explainer videos have to be motion graphics. Some are beautifully shot!
This one I’m particularly proud of.  I was the Creative Director on this.  From concept, to storyboard, to script, and even voice talent.  I think I’m going to give myself a treat.