You are here: Home / Updates / MicSwap – The App That Could Make Voiceover Recording Much Easier 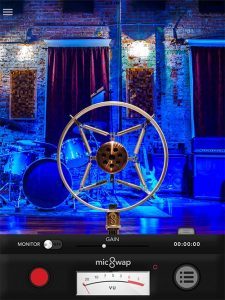 MicSwap – The App That Could Make Voiceover Recording Much Easier

As a creative director or producer, you have a wide range of tasks to undertake and one of them involves choosing the right equipment. Speaking of the right studio equipment, finding the perfect microphone can be a tough job.

Even if you do find the perfect microphone, things can still go wrong in the last minute. Your microphone could go bust, just when you’re recording a crucial voiceover project. Fortunately, there’s a new quick-fix solution in town that can come in handy for creative directors and voice artists alike.

What Does it Do?

MicSwap is, in a nutshell, a voice recording app developed by Future Moments. What you can do with the app is that you can actually upload recordings of your voice and make alterations to them. But, the magic doesn’t end there. The app actually comes with a digital inventory of multiple microphone models, which can be used along with unique filters. So, basically, you can record voiceovers to sound exactly like what they would’ve sounded if you had recorded them using your studio microphone.

The app houses digital versions of the 13 best studio microphones available in the current market. Each of the microphones offers its own distinct sound, similar to what you can expect from the actual model. If that’s not enough, the app even alters recordings to sound like they were recorded within a particular environment.

Then, there is also the option to record on the go and make alterations or add filters to it.

MicSwap was a concept though out by Gary Levitt, Co-Founder of Future Moment, and programmer, Wim De Nood. Levitt used to be a member in a lot of bands and would go on international tours quite often. As a musician, he understood what other musicians like him really wanted and that fueled the idea for the app. Levitt even claims that his own current needs as a musician motivated him as well.

However, he mentions, MicSwap isn’t exclusively aimed at musicians. It’s something that has a much larger scope as far as voice recording applications go. Future Moment claims that the people who download the app range from podcasters and sound hobbyists to public speakers and, of course, people from the voiceover industry.

Where Can I get the App?

At present, the app is available for download on iOS. There are two versions – a free version with limited features and a pro version. The pro version allows users to record with an external microphone for a more professional sound.

It’s a convenient app that can come in handy if you’ve got recording issues in your studio.

Roberta is a Professional AND International Award Winning trained Voice-Over Actor, as well as an accomplished On-Camera Actress and Spokesperson. She is the owner of Roberta Kennedy Voice Talent and RK Productions, Inc.

As a professional voice actor located in the San Francisco Bay Area, she’s recorded Voiceovers for companies around the world using her state of the art, broadcast quality studio. Her home studio is equipped with state-of-the-art ipDTL and ISDN with phone patch capability and lightning fast turnaround times.

A Voiceover talent with over 20 years of voiceover acting experience, she offers a full range of voiceover services at highly competitive rates & will work with your budget to help you promote your business to new levels of excellence!