You are here: Home / Updates / Voice Over – An Interview With Voice Talent JS Agent 037

Voice Over – An Interview With Voice Talent JS 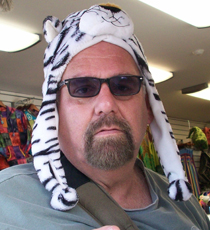 Voice Over – An Interview With
JS Agent 037

This week’s featured Voice Over Actor is JS!

You’ve been in this business a while and have amassed some big credits. What have been some of your favorite characters?

I have been very lucky, due to many factors to be a gaming voice since the earliest video games used voice actors. While I have voiced many, many commercials, e-learning, narrations and so forth, I have to say that my association with Riot Games as a voice of 5 Champions in League of Legends has been pretty cool. Perhaps my favorite character in a game was Sweettooth, which I was lucky enough to do several times for the Twisted Metal game franchise. I’ve also been very lucky to do a bit of sound alike work, which happens when a voice actor might pass away and there is a continuing need for one or more of the characters they voiced, or in some situations where an actor might be sick or injured or otherwise isn’t available. I’ve done work with everything from a Rodney Dangerfield type voice to John Wayne to Shaggy from Scooby Doo and currently I am a licensed voice for Papa Smurf, Hermey from Rudolph the Red Nosed Reindeer and some others. I was also the voice of Chevy trucks in Texas and Oklahoma, Clorox, AAA, Fujitsu, IBM, and hundreds of other respected brands.

How have you seen the industry change?

Everything about voice over has changed, some of it good and some not so good. I find a problem for talent and those who hire talent is that so many individuals looking to do voiceover are less than qualified and mass cattle calls waste time for ad agencies, talent and talent agencies. I appreciate the fact that Agent99 cuts through the clutter and really matches me with potential clients, respecting both my abilities and the time and needs of the client. Without this, you may find somebody who knows about SEO, but isn’t much of a voice actor; part of the perils of the internet. My background includes being a trained audio engineer, as well as having been a copywriter and broadcast producer and talent director. I’d like to think that this knowledge helps me approach the needs of the client as a professional. It’s so much more than just being able to buy a $50 microphone and read a script.

What separates a true, professional Voice Actor from the others?

With very little vetting in most creative pursuits, as well as a huge influx of people being lured into voiceover with the promise of getting “big bags of cash”, it can be very hard to tell one person from another. A good producer can piece together 50 reads into a good sounding demo. When you get talent from a committed agent like Agent99, you know that they’ve turned down thousands of talent (for various reasons) to create a roster that represents dedicated professionals who are working actors and have the chops and skills to deliver the goods. I’m glad that I’m seen fit to be one of those people they chose to represent. It’s not what I think about me, but the fact that clients ask me back and are pleased with the results.

Why is it so important to hire a professional Actor?

Voiceover is a tough racket. Many people are attracted to voiceover because they have difficulty finding “work”; even minimum wage work. These individuals don’t have the time, energy or resources or determination to do well as actors. Many web sites for voiceover could belong to people who haven’t actually worked as voice talent for years. You may also find this when you attempt to hire from online marketplaces. A good talent agent, casting director, production house, will know who the pros are (and what they can do) and will offer other benefits as well. Professional talent are working and learning all the time. They pay attention to trends in voice over and make sure they are relevant.

What I have might be a little overkill. I was an audio lead for many large projects, such as for k-12 e-learning for Houghton Miflan. I have a 400 square foot live room outfitted with both Macintosh and PC’s. My recording booth is professionally built and is 6X9 feet. My main microphones are a Sennheiser 416 and Neumann U87. I have a Millenia ST1 going into an Apogee Rosetta 200 into an RME Waterfall card as my main audio chain. I have numerous other microphones as well, as well as other amplifiers and other outbound equipment. I also have an active ISDN box, phone patch and Skype directing capabilities. I have video capabilities as well, which allow me to do ADR, dubbing, read to time, etc Learn More Here. While I often work in professional recording studios, my goal has been to create my own studio to sound every bit as good as a professional studio might be.

I am fanatical about good quality sound. I have been a paid speaker and have consulted on this subject. The walls of my recording booth are over 15” thick, and are fully treated to provide great acoustics. I’m as concerned about the overall quality of the sound as I am with my acting or any other aspect of the recording. Not all voice talent can promise this and deliver on that promise.

What else should we know about JS?

I suppose the one thing a client should know is that I am 100% committed to having the project be as good as possible. To this point, I once was brought to a basement to record something and I could tell that the recording was suffering from my voice bouncing and pinging off of washing machines and other items in the basement. I mentioned this to the client and wound up recording under army blankets using a flashlight to read the script – and this was in California in August. Despite almost passing out, the sound quality was great and I managed to pull off a good performance too. In the end, I know that it’s never about me, but in my ability to have the project be as good as it possibly can.

Check out voice over demos and check out JS’s voice over profile here.